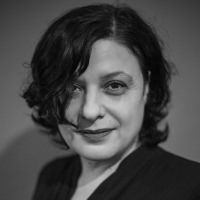 Mélikah Abdelmoumen was born in 1972 in the Saguenay region, the daughter of a Quebecer mother and a Tunisian father. She holds a PhD in literature from the Université de Montréal and has written numerous articles, short stories and novels, including Chair d’assaut, which was published in 1999 and won the prize for best first work at the Saguenay book fair, Alia, which was published in 2006 and was a finalist for the Prix littéraire des collégiens, and Les désastrées (VLB, 2013). She also wrote an essay, “L’école des lectrices : Doubrovsky et la dialectique de l’écrivain,” which was published by Presses Universitaires de Lyon in 2011.

While living in Lyon, France, between 2005 and 2017, she wrote a blog entitled “Histoires de Roms,” in which she wrote about the events she had been witness to since 2009, when she developed ties with families living in Lyon-area slums and squats. In 2018, VLB published her account, Douze ans en France, which touched on immigration and engagement issues.

Russell Wangersky is a writer and columnist. His latest book, the short story collection The Path of Most Resistance, was released in Fall 2016.

His six books also include the memoir Burning Down the House: Fighting Fires and Losing Myself, a memoir of his eight years as a volunteer firefighter, two novels (The Glass Harmonica and Walt), and two more short story collections, Whirl Away and The Hour of Bad Decisions. He is currently SaltWire Network's Atlantic regional columnist, based at the St. John’s Telegram. He is a seven-time National Newspaper Awards finalist and a Scotiabank-Giller finalist. 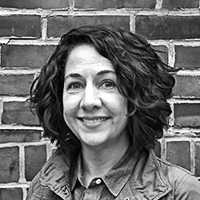 Semareh Al-Hillal is Publisher at Groundwood Books. She has over 25 years’ experience in the publishing industry, including children’s trade publishing, educational publishing and professional publishing, and has also worked with the imagineNATIVE Film + Media Arts Festival.

Semareh was a member of the board of the Association of Canadian Publishers from 2013–2018 and currently sits on the board of Livres Canada Books.

Marc-André Audet is the CEO and founder of Éditions les Malins, one of Quebec’s major publishers of literature for young people.

He has more than 15 years of experience in publishing. He was a member of the board of the Association nationale des éditeurs de livres for many years, and has chaired several professional committees. 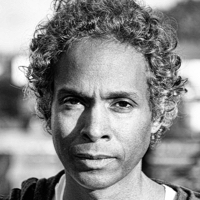 David Chariandy lives in Vancouver and teaches literature and creative writing at Simon Fraser University. He is the author of the award-winning novels Soucouyant and Brother, as well as the non-fiction book I’ve Been Meaning To Tell You: A Letter To My Daughter. David’s writings have been published internationally and translated into a dozen languages. In 2019, he received the Windham-Campbell Prize for fiction. 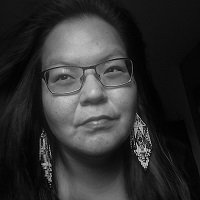 Laurie D. Graham comes from Treaty 6 territory (Sherwood Park, Alberta) and currently lives in Haldimand Treaty territory (Kitchener, Ontario). She is a poet, an editor, the publisher of Brick magazine, and a member of the advisory board for the University of Regina Press’s Oskana Poetry & Poetics series. Her first book, Rove, was nominated for the Gerald Lampert Memorial Award for best first book of poetry in Canada. Her second book, Settler Education, came out in 2016 and was nominated for the Trillium Award for Poetry. Poems from that book were also shortlisted for the CBC Poetry Prize, won the Thomas Morton Poetry Prize, and appeared in the Best Canadian Poetry anthology. Laurie holds degrees in English and creative writing from the universities of Alberta, Victoria, and Guelph. She has taught writing at King’s University College at the University of Western Ontario in London, and at Humber and Fanshawe colleges. As publisher and editor of Brick, she has worked with writers from all over Turtle Island, including Madeleine Thien, Sheila Heti, Sharon Olds, Yasuko Thanh, Paul Seesequasis, Don DeLillo and Jan Zwicky. 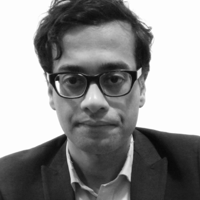 Bilal Hashmi is Executive Director and Publisher of Quattro Books. He has served as Membership Secretary of the Literary Translators’ Association of Canada/Association des traducteurs et traductrices littéraires du Canada, and now heads its committee on international translation. In 2019 he organized the French to English & English to French workshop for the British Centre for Literary Translation’s International Literary Translation & Creative Writing Summer School in Norwich, UK. He currently holds the title of Lecturer in Urdu at the University of Toronto and has recently been named one of the editors of the literary translation magazine ellipse. His translation of Flight, ʻAzīz Aḥmad’s 1945 modernist Urdu novel, is due out with McGill-Queen’s University Press in 2020. 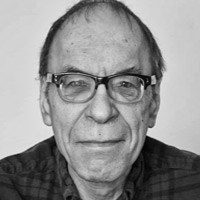 Charles Leblanc is a poet, translator and actor who was born in Montréal in 1950.

He studied at a collège classique (Quebec classical college) where he obtained a bachelor’s degree in social sciences. He went on to study economics at university, then held several jobs before moving to Saint-Boniface, Manitoba in 1978. There he worked first as an industrial worker, then as a translation teacher, and finally as a translator.

Since 1991, he has hosted a weekly cultural show at the community radio station Envol 91.1 FM. But theatre and literature are his true passions.

Over the years, he has co‑founded six theatre troupes, done improv with the Ligue d’improvisation du Manitoba [Manitoba improv league], taken part in problem plays with the Popular Theatre Alliance and No Frills Theatricks, and acted in productions at the Théâtre Cercle Molière, among others.

He has co-published a collection of epistolary stories and written nine books of street poetry from the heart, striking in its spectacular folly.  He is also Secretary-Treasurer of the new Association des auteur.e.s du Manitoba français [Association of French Manitoba authors]. 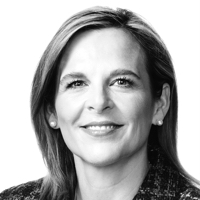 Pilar Martinez is the Chief Executive Officer of the Edmonton Public Library, where she is responsible for strategic leadership, supporting the Board of Trustees, financial and budget management and stakeholder relations. Pilar has a broad base of experience in library leadership including: advocacy, collective bargaining, strategic planning, recruitment and change leadership. She holds a MLIS from the University of Alberta, a Bachelor of Arts with Honors in English from Acadia University and recently completed the Institute of Corporate Directors, Directors Education Program. Pilar is very active in the library community, and currently serves on several boards nation-wide, including chairing the Canadian Urban Libraries Council, Vice-Chairing, OCLC’s Global Regional and Americas Regional Councils, serving on the Public Lending Rights Commission and as an Adjunct Professor for the University of Alberta’s School of Library and Information Studies where she also serves as a School Council member. In 2012, Pilar was honoured with the CLA/Ken Haycock Award for promoting librarianship, and the Library Association of Alberta’s President’s Award in 2016 for her contributions to the library field. She was presented the Distinguished Alumni Award by the Library and Information Studies Alumni Association in 2018. 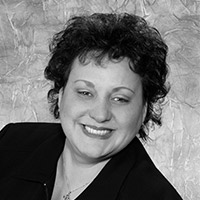 Since 2000, Sylvie Thibault has been the director general of the Réseau BIBLIO de l’Outaouais [Outaouais region library network], whose mission is to develop and support a regional network of libraries in the Outaouais area. Sylvie has overseen the growth, organization, development and efficient administration of the Réseau BIBLIO and now aims to maintain a solid reputation for the Réseau in terms of the quality of goods and services offered to member municipalities.

She holds a master’s degree in Library and Information Studies from the Université de Montréal. Over the years, she has sat on the board of various local and national organizations dedicated to the promotion of literature and culture. She has served as president for the Association pour l’avancement des sciences et techniques de la documentation (ASTED) [association for the advancement of information sciences and techniques], secretary general for the Réseau BIBLIO du Québec [Quebec library network], which oversees eleven similar local networks, vice-chair for the Salon du livre de l’Outaouais [Outaouais book fair] and chair for the Regroupement des bibliothèques publiques de l’Outaouais [Outaouais public libraries group]. She has sat on the board of directors of Services documentaires multimédia (SDM) [multimedia information services] since 2012 and been its vice-chair since 2016.

Sylvie believes that access to literature and culture for everyone remains a priority issue for the development and prosperity of society.

Richard Davis is the representative of the Department of Canadian Heritage.

Monica Fuijkschot (ex officio member, Library and Archives Canada) is the Director General of Published Heritage at Library and Archives Canada (LAC). As director general of public heritage, she is responsible for acquiring published historical documents and describing them for the public. Monica graduated from Syracuse University in 2000, and held various positions in federal libraries before joining LAC. She has managed several different sectors of the library system, including library transformation, access to information and privacy, information management, identity management and security, and web and IT.

Canada Council for the Arts

The Public Lending Right Program’s offices, located in Ottawa, are on the unceded, unsurrendered Territory of the Anishinabe Algonquin Nation whose presence here reaches back to time immemorial. Read the full statement.